Bank Notes, and a Light Note

I once thought I understood the world, at least at a high level. In my cynical eyes, money runs the world. To a point, money buys everything. Power wins most everything else. So what happens when the people with money and power abuse it, misuse it and give it away for sub-prime mortgages? Then when they screw it all up, the people with the power say forget about it, 700 billion dollar do-over?
Rant done.
Seriously, I don’t understand why the government needs to bail out the largest and richest banks in the world. And then those failed banks give the executives million-dollar payouts because their contract said they deserved it. Seriously, if someone can please explain all this to me I would appreciate it.
Oops, did I say rant done?
On a lighter note, a co-worker told me today about a new t-shirt, found on an auction site: 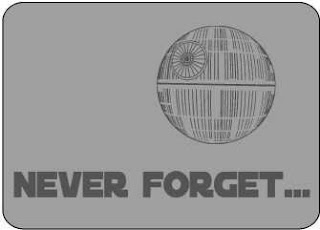 Damn Rebellion.
Posted by wortwood at 2:15 AM

Money is not the ruling force, it's power. Sure accumulation of money tends to cause power but when one is 'given' power, usually by birth or Hollywood, the money just follows, like iron shavings to a magnet.
Of course, that has nothing to do with Freddie and Fannie. That was just a systematic emptying of the coffers.
But what do i know? Hell, i'm so smart why aint i rich?