I have been fascinated by Japanese culture for years now. They have an unique culture that has so many fascinating things about it. Manga and Anime are interesting view of the culture. Another recent phenomenon of the culture is soushoku danshi, translated to , "grass-eating boys." "Named for their lack of interest in sex and their preference for quieter, less competitive lives, Japan's "herbivores" are provoking a national debate about how the country's economic stagnation since the early 1990s has altered men's behavior."

For a country that had its population decline every year since 2005 this is not a good thing.

Another part of the article shows how life and art influence each other. "Yoto Hosho, a 22-year-old college dropout who considers himself and most of his friends herbivores, believes the term describes a diverse group of men who have no desire to live up to traditional social expectations in their relationships with women, their jobs, or anything else...Hosho believes that the lines between men and women in his generation have blurred. He points to the popularity of "boys love," a genre of manga and novels written for women about romantic relationships between men that has spawned its own line of videos, computer games, magazines, and cafes where women dress as men."

The above Slate article is not a surprise with the understanding of the Hikikomori phenomenon, reclusive individuals who have chosen to withdraw from social life. This phenomenon was highlighted in the Anime series "Welcome to the NHK" ( I highly recommend the series if you enjoy Anime/Manga. It is for mature audience. Amazon Welcome to the NHK)

In my opinion they are both examples of people not wanting to run the "rat race", or "keep up with the Joneses". In the high stress of Japanese culture it is no surprise that these "alternative" life styles would appear. Then again maybe I'm just jealous. 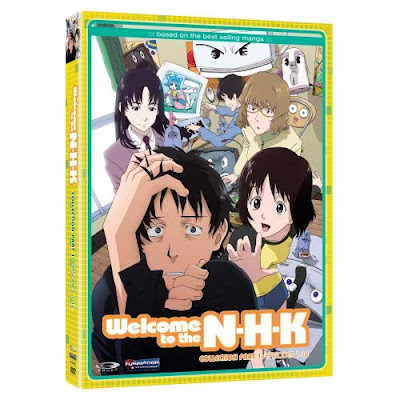